3D printers are NOT the most important aspect of 3D printing... Part One

Yes, it can be said that 3D printers and what they can produce are revolutionizing just about everything we as humans make. In fact, 3D technology offers the ability to make things that are impossible to create otherwise. But as spectacular as they are 3D printers are at making things they are not the most important aspect of 3D printing, the ability to make something you can 3D print in the first place is.

Most who are intrigued enough to purchase a 3D printer of their own do so because they see all of the wonderful things other people have created. They see 3D printers producing everything from "Yoda Heads" to "working wrenches" from "scale models" to "engine parts". There's something for everyone when it comes to what you can produce with a 3D printer. It's no doubt that most who decide to jump into the world of 3D printing do so because they see something someone else 3D printed they really identify with.

So into the world of 3D printing they enter and as they turn on the printer and witness the filament melting through the hot extruder for the first time, visions of their own unique designs dance through their minds. Most can't take their eyes off of the printer as it produces arguably the most simple shape there is. In most cases their first 3D print is a simple square cube most often used to calibrate the printer or a part for the 3D printer itself. Nevertheless it's their first print and witnessing the technology at work is quite mesmerizing. It's easy to get a sense of accomplishment.

Motivated by their new sense of accomplishment the question of what to print next becomes the next exciting endeavor. With websites like "Thingiverse.com" & "3D Shook.com" it's easy to find hundreds of thousands of free and affordable items to easily download and print! You can find anything and everything created from others. As I often say, "If you enter the search term "vase" on "Thingiverse.com" you will never get to the bottom of the list!".

Eventually they find what they're looking for and print their first "real" print albeit content some else created. They ultimately do this perhaps a few more times and soon find that printing things that others have produced is not quite the vision they had when they decided to get into 3D printing in the first place.

And that my friends is the moment most realize how not so important the 3D printer is compared to the ability to make something you can 3D print. Anyone can hit the "print" button but few can create what to print in the first place! On my next blog we'll dig a little deeper into the world of 3D software, arguably the most important aspect of 3D printing.

3D printers are NOT the most important aspect of 3D printing... Part two

3D printers are NOT the most important aspect of 3D printing... Part One 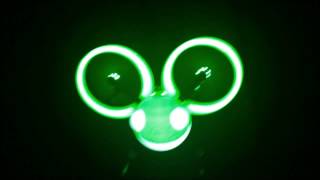 3D Print of the Day!